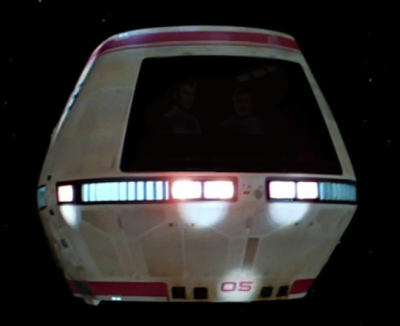 I went to Upper World to request to be shown a place or area that is interesting and useful for talking about on the Schapera Show.

Traveled up the silvery/blue glistening, light/energy beam or thread
Go up and up
Let myself become relaxed and quieter,

letting go of tension
Arrived in familiar wooded area with a small arched wooden bridge over a creek
Now I’m in the Upper World
State my intention to request to be shown a place or area that is interesting and useful for talking about on the Schapera Show.

The water on my left a forest on my right, and a beach covered in numerous round white rocks, about a foot tall, in front of me.

Walked through/over some of the white rocks then sat down in a small clearing on the beach.
The Spirits tell me that these are not actually white rocks, even though that’s what they look like – about one foot in diameter.
The Spirits say they are travel pods”, and by going inside them, one can travel vast distances very quickly.

This sounded very interesting, and I wondered how I could get inside one as I’m much bigger

But suddenly, one of then expands, till its bigger than me, and the side opens up like a giant mouth.

I get inside – there is nothing in there, no controls or windows, just a circular shape of the inside, and I understand that I need to say where I want to go – which I hadn’t really thought about.

I say Id like to go to the very edge of our galaxy, where I can look out at the emptiness of space between galaxies, and in the other direction, look back into our galaxy.

And there’s no sense of movement, so I’m wondering where Ill be
The pod opens up, and in the direction that I’m looking, its complete blackness, no starts but I can see very very faint glows way out at the very very end of where I can see. I understand that those are galaxies.

The drums are quite loud in this silence of space.

This scene is incomprehensible, or not apprehendable – this vast distance that I’m looking into

The Spirits say to me, that how strange it is, that in this absolute vast not-apprehendable magnitude of space, there is also a place for an ant – that you’ve got on the one hand, space in this infinite spaciousness, and you’ve got ants, and other things. (12.45.08)

I don’t really know what to make of that idea, that there’s space and then tiny little things like ants – its almost like what kind of existence is this, that can be bothered, to have things like ants?

In the perspective of infinite space, its very peculiar that there are ants and other things.
There’s the sense that it must be important if things exist, because they make up such a tiny, tiny minuscule fragment of the universe – the “things in space” as Eckhart Tolle talks about.

They say, the fact that anything exists, shows that it counts, its significant

So I turn around and decide to look back in an 180 degree direction, back into the galaxy
And this is just teeming with stars and dust, colors – like one sees in these astronomical photos of galaxies

And the Spirits are telling me that this is a contrasting view – that amongst all the “things”, like all the stars and all the planets, and all the things on the planets, one little thing, like an ant, or a water drop is insignificant, because there is so much “stuff”, that a little piece of “stuff” is unremarkable. Its like the contrast that if you look into the emptiness of space, one little ant is amazing, that it exists. But if you look into the vastness of all the things that exist in a galaxy, one little ant is nothing special.

But when viewed as something that exists in cosmic spaciousness, the fact that anything exists, is very special. (22.47)

Its quite an interesting way of getting a point across to me.

I ask the Spirits what more they can tell me

The Spirits say these pods can also travel through time

If one wants to go to an earlier time period, back in history, maybe to visit an ancestor, one can go via these pods.

I say Id like to make another travel in a pod
They say that’s fine, but I need an idea of where I want to go

So I have to think of where and why I’d like to go.

I say Id like to go to a much earlier time to see humans when they were not yet in the tool using phase.

How did that version of humanity manage without technology?

I get into the pod, its interesting – its like a “cargo pod” – filled with crates of fruit.

I’m wondering if this is going to be a delivery of fruit to pre-technology humans. (12.41)

I’m wondering if they’d even be called humans, strictly speaking?

The pod closes and I can smell the aroma of the fruit, and vegetables.

We were launched up into the sky, and although I’m in the pod, I can see that I’m over the earth and the pod is going down.

I had seen lots of green, but where we are landing is dusty and dry.
Whet I’m being told is that these early humans were helped to survive by these deliveries from the Spirit Realm

There were times when these very early humans were in very poor condition in terms of having enough food, and these deliveries of fruit and vegetables, things that did not require fire, were made to help these early humans survive.

The pod has landed, its quite large, maybe four or five times as tall as I am

The pre-technology people are sitting around it in a circle

The fruit somehow gets put out around the circumference of the circle, and in that way they can all immediately access the food, rather than having one central location from which the food has to be divided up.

So its immediately able to be shared by all

The drums change to call me back

I go down the beam and back to the Middle World.